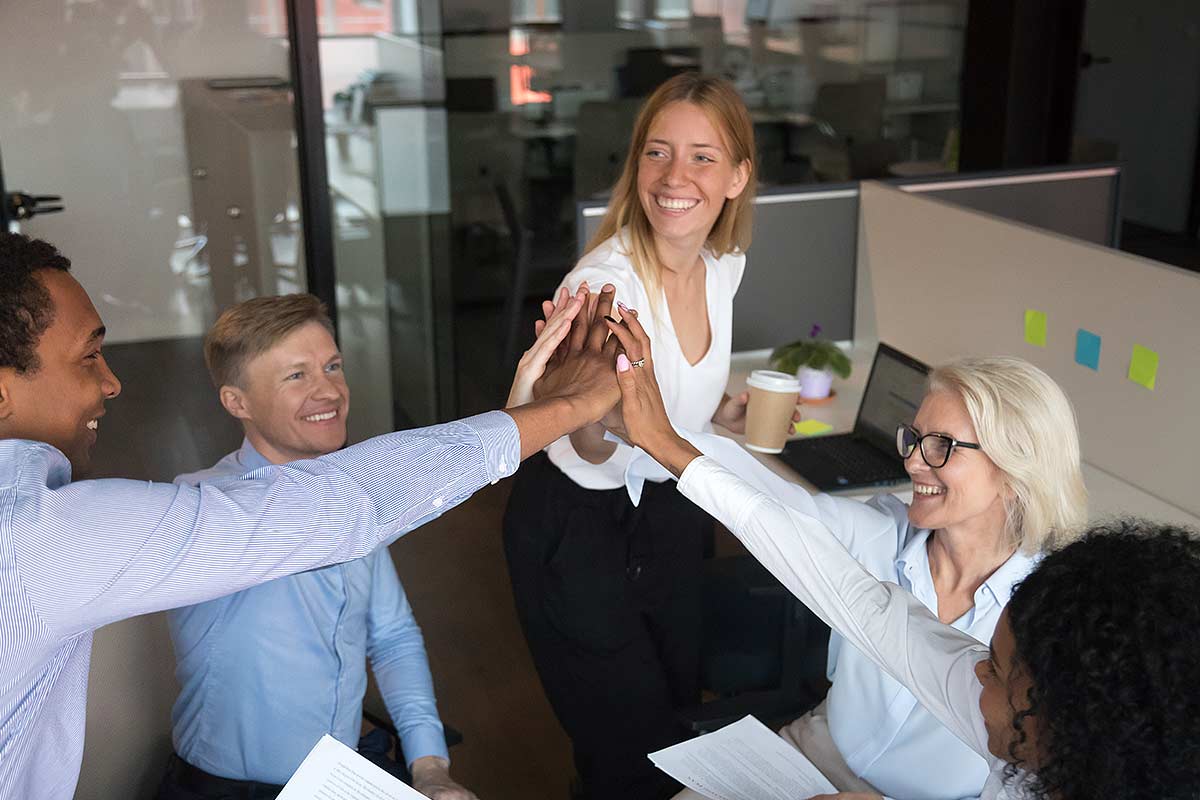 On March 3, Real Projectives’ own Jonathan Williams, moderated another successful webinar of the Adapting Smartly Series sponsored by the Central Maryland Chamber’s Regional Economic Development Committee (rEDC)The session featured a panel of business leaders discussing how to Boost Morale to keep teams connected and engaged during the current pandemic and beyond. Williams led the discussion for around 20 live member and non-member participants.

Printing Specialist’s Senior Sales Representative Linda Kroh offered a more direct view of motivating employees, and staff, in her office. “We keep a positive environment and believe in the power of a good attitude,” she said. The family-owned company makes an effort to engage both employees and customers. One of her examples featured their internal efforts with everyone in the company saying “thank-you” to each other. “It’s the simple little things we do to make it fun,” she continued. Creating smaller teams within departments has also led to positive interactions and increased morale. “We expect people to bring their best every day.” She emphasized the value of listening and being empathetic employers. She feels it’s her job to engage with everyone and understands the value of empowering her employees. And it’s vital for all of us to “embrace the accomplishments we’ve made in a trying time.”

Tom Saia of Newk’s Eatery provided a restaurant-focused viewpoint. He started out stating how the pandemic had been an eye-opening experience for his team. “It allowed us to step-back and actively listen to what was being said to us as the employer because we have a very diverse workforce.” He stated the importance of getting things right from the start. For his business that involves the whole team making sure that an interviewee is the right person for the restaurant and continues right through orientation. Additionally, twice-daily shift communication meetings play a vital role in the process of keeping the team happy, sharing what everyone’s grateful about. With COVID they had to pivot to smaller groups and notes, but always made sure everyone knew they were being listened to. And a happy team leads to happy guests. It’s about building trust and making employees feel valued. He added a recommendation for the book, Leadership Gap, by Lolly Daskal.

Natasha Hillsman, Director of Human Resources of  Luminis Health Clinical Enterprise at Anne Arundel Medical Center and brought the experience of dealing with nearly 6400 employees across three hospitals. Employees that are on the front lines in this crisis. Most of her team’s focus is on the departmental level in order to provide employee engagement company wide.  She pointed out her mantras on morale. Morale is a picture in time. Morale is the foundation for handling conflict. And morale is increased by being there for your employees when they’re in trouble. Most importantly, don’t forget your own morale and well-being.  She felt giving employee’s a purpose was also important. Whether you’re using a huddle board with employee shoutouts, understanding the value of taking time-off and supporting and emulating that for employees. Hillsman highly recommended a book to the participants, Five Dysfunctions of a Team by Patrick Lenioni.

The Boosting Morale webinar was recorded and video available for replay here. The Regional Economic Development Committee plans to facilitate more engaging discussions in coming months that will be open to members and non-members alike, so we hope you’ll join us soon.