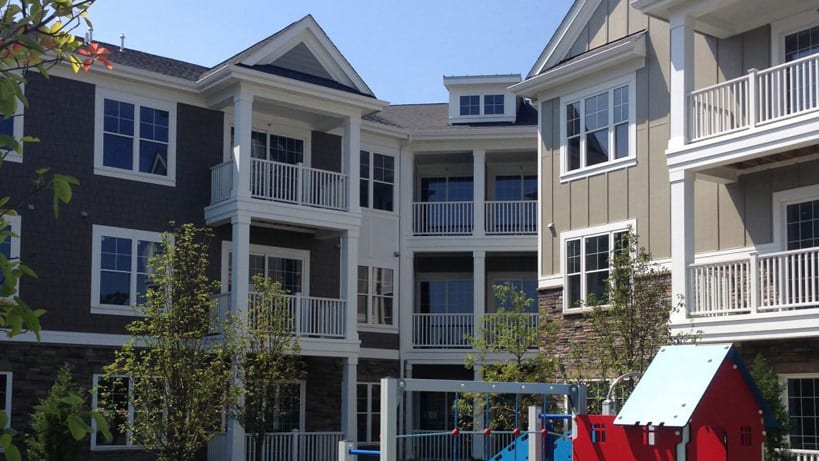 Much discussion has focused on how the real estate market should adapt to preferred housing trends for millennials as they age. Bisnow recently published an article in which Bozzuto CEO, Toby Bozzuto, predicted millennials will favor longer term stay in rental housing within the cities, but that there will be a significant exodus to the suburbs once their children reach school ages 5-6.

Although millennials now make a strong case for urbanism, I believe that as they form families their housing preferences will shift, following a pattern similar to previous generations. However, it is important to keep in mind that there are options other than simply suburban or urban. One retro alternative is the town setting, which in a way offers residents the best of both worlds. Living in towns traditionally allowed walking to shopping, dining, and entertainment venues often heralded in cities, and also provided the safety and intimacy that characterized the suburbs.

Towns have been somewhat forgotten, partially due to the interstate highways that bypassed them and because their stores sprawled to the suburbs. However, I’m a firm believer that many millennials will rediscover towns and see them as viable places to raise their families. This trend is already being seen in Laurel, Maryland, where increasing redevelopment has helped revitalize the town. Typically retail is known to follow rooftops, but in this case we are observing the opposite, where the redevelopment of amenities has attracted new residents and is therefore prompting new modern housing options to be built.

School quality is another important factor that millennials will take into consideration when choosing where to raise their families. Bisnow cites Nancy Hooff, Somerset Development principal, who claims that city schools will improve if millennials stay in the city, as it will create demand for better schools and teachers. However, that logic is somewhat backwards, as I think it is more practical and timely for people to relocate to where the school systems are already good. While some city schools are improving, such systemic changes take many years so by the time measurable results are ready, the children will already be on to the next school. Once again, towns therefore will look appealing to millennials as they are typically located where there are better schools.

People always have to live somewhere, that’s a given. As Americans, most are blessed to have the opportunities and the means of mobility to relocate to wherever desired. Therefore the choice will never simply be cities versus suburbs, but rather a shifting ratio among the spectrum of alternatives. As Toll Brothers Apartment Living managing director Charles Elliot suggests, the composition of households has also become increasingly diverse, which means multifamily developers need to create broader product diversity. Whether it be in cities, suburbs, towns, or whatever lies in between, the best way for the real estate market to accommodate the needs of millennials is to assure there are plenty of what Americans love most – options.

For more insight, please visit our news blog at realprojectives.com.

You can find Bisnow’s original article, ‘For Multifamily Developers, Where Millennials Will Raise Families is the Billion Dollar Question’ by Jon Banister published on October 10, 2016 at: https://www.bisnow.com/national/news/multifamily/multifamily-developers-expect-millennials-to-start-families-in-cities-eventually-move-to-suburbs-66216.