Jonathan Williams founded Real Projectives® in 2008 just before the start of the Great Recession.

During the early years, Mr. Williams worked out of his home as the primary provider of consulting and project management services on tenant and capital improvement projects throughout the Metropolitan Washington, D.C. region.

In 2013, he hired the company’s first employee. One year later, a second employee joined, and operations migrated into an executive office suite in Columbia, Maryland. In early 2017 with eight employees, Mr. Williams moved Real Projectives® to our current office located adjacent to Laurel Lake in Laurel, Maryland. 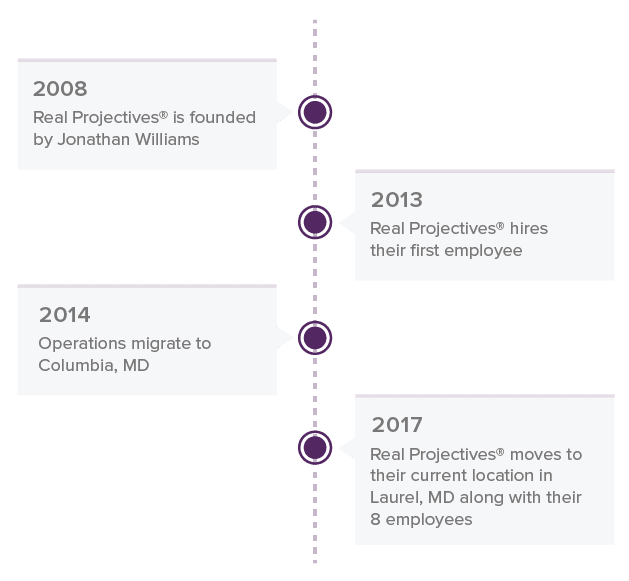