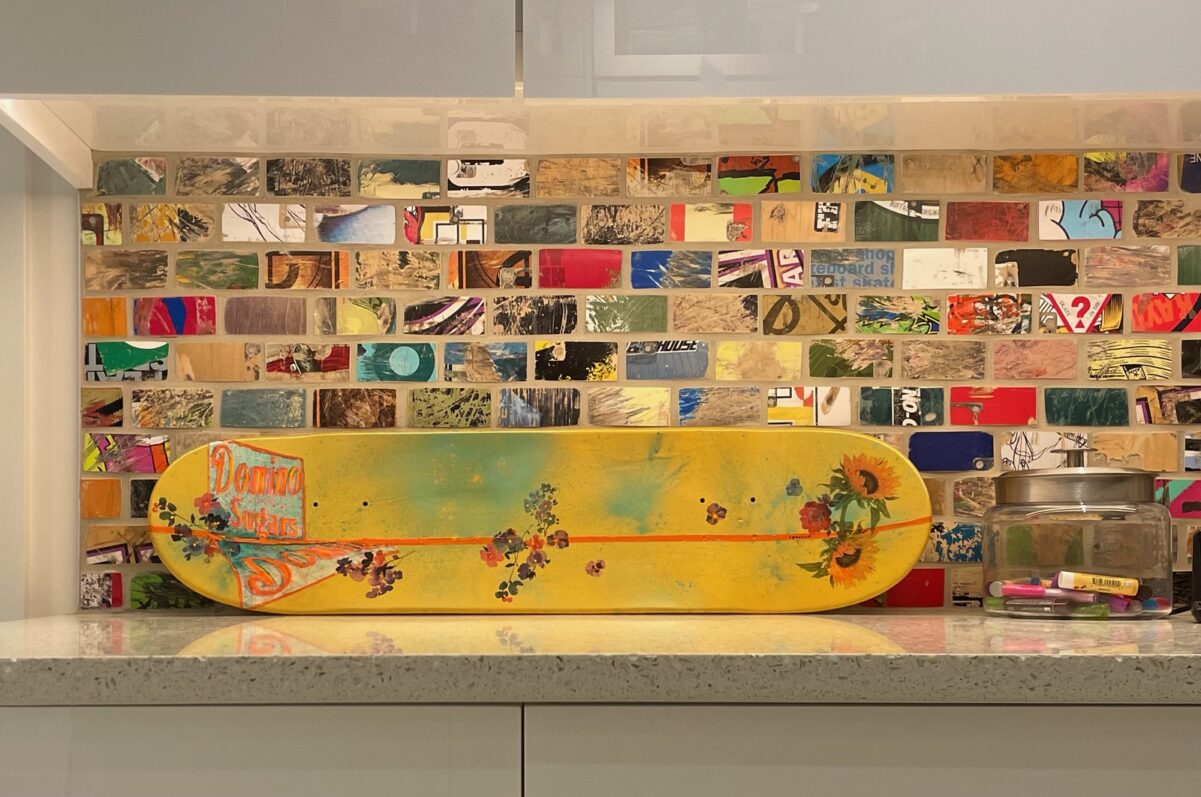 The auction benefitting Jake’s Skate Park was inspired by a backsplash made of skate deck “tiles” at a volunteer’s home. That simple architectural detail led to [pic] more than 50 boards being hand painted, wrapped and decorated by amateur and professional artists. The boards were then donated for the auction on April 9, 2021.

More than 1,000 bids from 160 bidders led to friendly bidding wars. 🛹 In total, the virtual fundraiser and donations raised over $28,000 from over “67 items ranging from skateboard decks donning John Waters’ signature and Mr. Trash Wheel to clothing designed by professional skateboarder Joey Jett”, according to the WPoB. Additionally, custom artwork by local artists Robert McClintock, Crystal Moll, Baltimore City students, and others was auctioned off.

Real Projectives® is serving as the Waterfront Partnership of Baltimore’s Owner Representative and Project Manager for the redevelopment of phase 1 of Rash Field. Our Principal Jonathan Williams wanted to help the cause and donate back some of our profit by bidding on the artistic skateboards.

We successfully garnered three boards: Fearless painted by an ovarian cancer survivor, #3 original painted by Baltimore’s own professional skateboarder Joey Jett, and Mario on the Grind painted by a 13-year-old who admired the story of Jake and his love of skateboarding and Mario Brothers.

The new skate park, under construction at Rash Field along Baltimore’s Inner Harbor, is named for Jake Owen. According to the Waterfront Partnership, at Christmastime 2011, five-year old Jake was killed in the family car while playing his new video game of Super Mario Brothers. His family’s car was struck from behind by a driver distracted by his cell phone. Jake was an avid skateboarder and sports enthusiast.To learn more about the Park and the Rash Field project visit https://www.waterfrontpartnership.org/rash-field/